Sandra Aguebor-Ekperuoh is the first female mechanic in Nigeria. She is sharing her skills with other women through the Lady Mechanic Initiative. This organization trains women who are often former sex workers, orphans, or victims of human trafficking. It has built a strong network of female mechanics across cities in Nigeria. The initiative has recently spread to the north in Kano City. Read more after cut….
Aguebor-Ekperuoh said that so far, the response has been positive – “Our clients keep coming back – they prefer us because we are determined to be better than a lot of mechanics who take their job and their salary for granted.”
A rough start 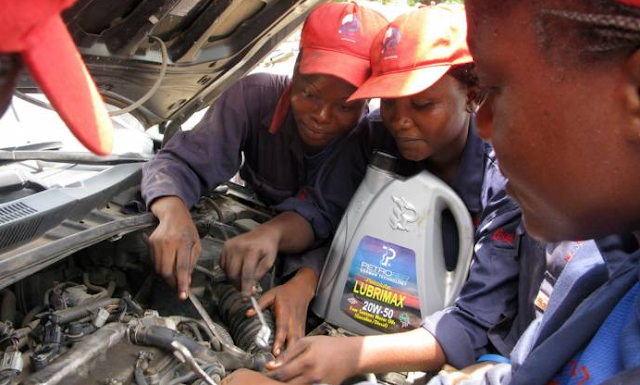 Aguebor-Ekperuoh grew up in Benin City. She has loved working with cars since she was 14. Her peers would make fun of her when she changed into her mechanic’s clothes after class. At first, her mother was not supportive of her ambitions, sometimes even beating her if she caught her working with an engine instead of doing her chores. Both of her parents pushed her to consider a different career, but she had already made her decision. Aguebor-Ekperuoh started saving money by helping women on the side of the roads. She then worked until she could open her own garage. She struggled with opening her first automobile workshop in Lagos in 1995. 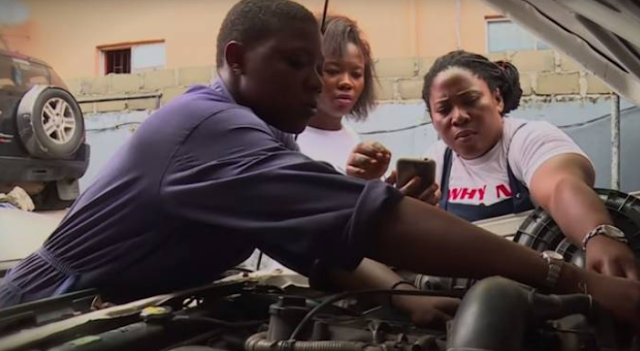 “The constraints, the obstacles, the challenges that could have driven me back, they became my opportunity. The future looks bright,” she said.

Aguebor-Ekperuoh saw an opportunity to help her fellow Nigerian women. While educated women have made progress entering the labor force, women without a higher education – the majority of the population – have trouble finding work. There are very few opportunities for women to receive training and apprenticeships for blue-collar jobs, such as carpentry, car servicing, and plumbing.
“These problems persist and are compounded by the perception that women’s work is not as valuable as men’s work,” Ashoka.org said.

And if these gender roles keep being reinforced, it affects the next generation.

“As Nigerian girls grow up, they will define their career aspirations by what they see achieved by their mothers’ generation.” 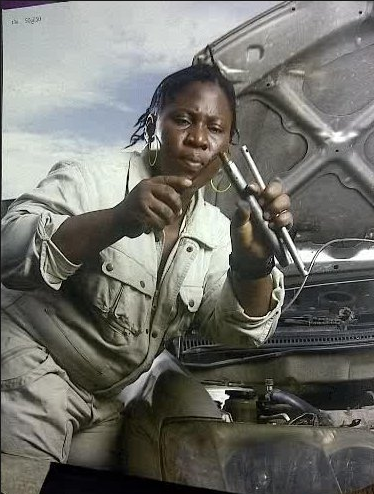 “But, right now, we are solid. I have been able to empower about 300 female mechanics in Nigeria,” she said. “I will say to you that there is no automobile company in Nigeria that does not have female mechanics, and they got all these girls from me. So it’s spreading out like a wildfire, gradually, and also empowering other women. And we don’t intend to even stop in Nigeria,” she added.

The graduates have reported success after the program. 24-year-old Rebecca Egoche had been a prostitute since she was a teenager. One day, she saw Aguebor-Ekperuoh speaking about her program on television.
“I just saw this woman talking about her business with all this strength.  She was her own person. And I knew I wanted to be just like her,” she remembered.

Egoche’s life has been transformed.

“This is a man’s job in Nigeria, so I like surprising them.  I like making them say, ‘Wow.’”