Everything You Should Know About Sandra Aguebor, Nigeria’s First Female Mechanic 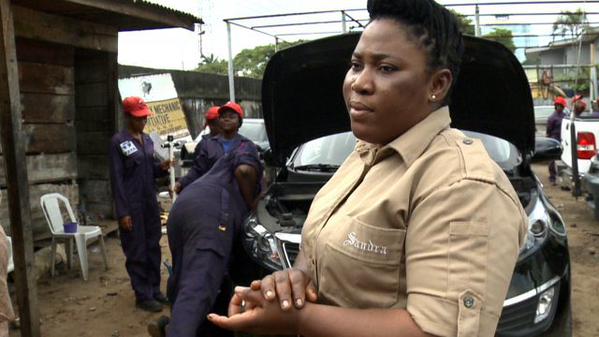 Women all over the world are fearlessly taking the lead in spheres that were formerly considered to be “male-only.” That explains the phase ”what a man can do, a woman can do even better.”

Nigeria, like many countries around the world, still puts restrictions on what is ‘acceptable’ for women to do when it comes to certain jobs.

When it comes to career choices, being a mechanic is still sadly considered an unconventional choice for a woman because society stereotypes girls from a young age, believing that they can only care about dolls and playing dress up.

However, Sandra Aguebor, the first female mechanic in Nigeria has proven all that to be wrong as she hasn’t only emerged successful, but has also successfully trained and empowered other women all over Nigeria. 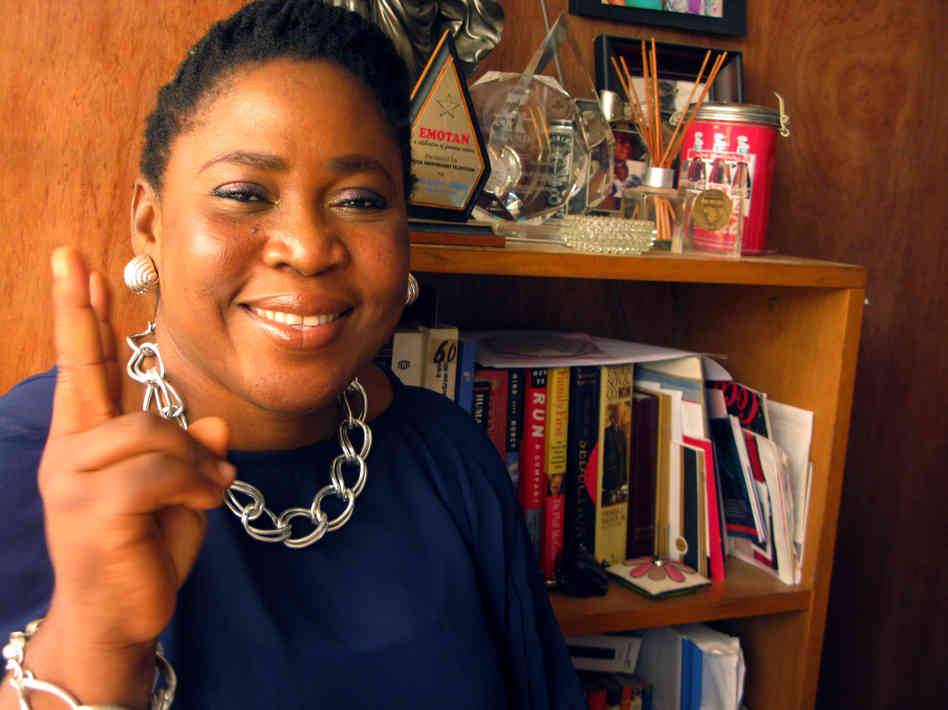 Sandra Aguebor is the founder of the Lady Mechanic Initiative (LMI) and the CEO of Sandex Car Care Garage. She is the first female mechanic in Nigeria.

A native of Benin city, Edo state, The first lady mechanic in Nigeria was born in the 70s into the family of late Mr. & Mrs. R.A Aguebor. She is a graduate from Auchi Polythenic and she also has a degree from The Goethe Institute, a German school based in Lagos State.

Sandra who has been a mechanic for 32 years started her own garage, Sandex Care Care Garage 22 years ago. 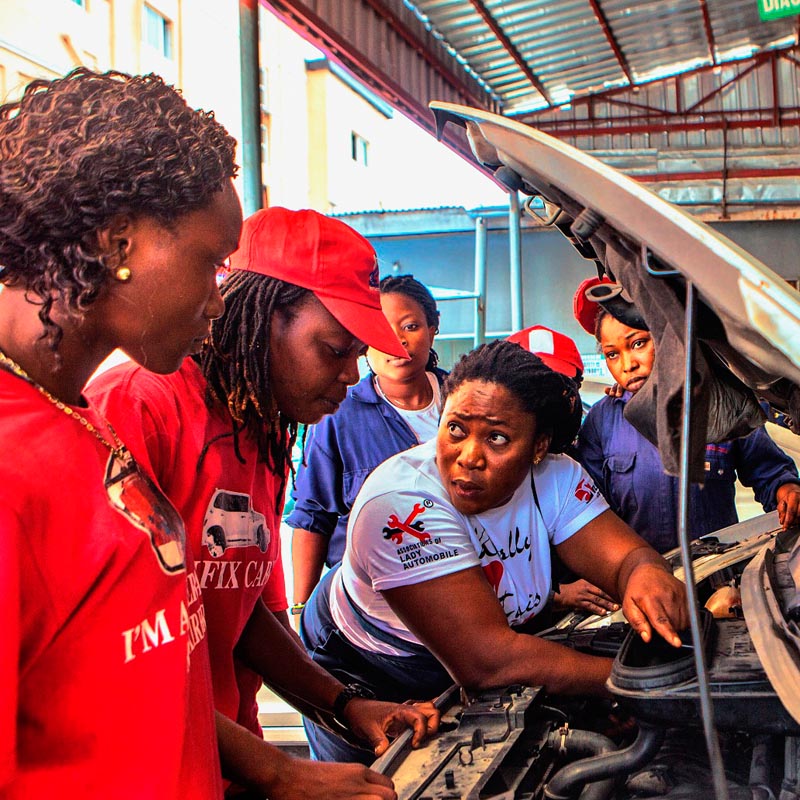 Against the will of her mother, who thought it shameful for a woman to be a mechanic, Sandra started training to be a mechanic at the age of 14 with the support of her father. He had been out of the country a couple of times and had seen female aeronautic engineers, hence he didn’t see why his daughter couldn’t be an automobile mechanic if she wanted to. So he took her to the workshop where he fixed his car and, according to Sandra, once they arrived the workshop, she immediately fell in love with a dismantled car engine and refused to leave. Thus began her training. And although she was still in secondary school, everyday she would leave for her mechanic training after school hours.

In an interview with Aljazeera, she said; “When I opened my shop, my name was all over town, “If you go to the Lady Mechanic, your car will be well taken care of …” I started getting [so many] jobs, I could not cope anymore, I had to employ somebody.  That birthed the idea of an empowerment programme, I thought why not start empowering women to be mechanics so that they can open up their own shops”. 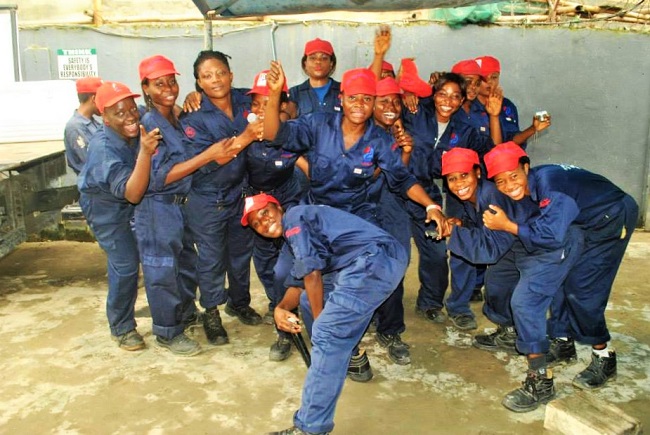 Sandra started her empowerment programme training 7 girls and a boy; and overtime, successfully built a network of female mechanics that is fast spreading from city to city in Nigeria.

Her lady mechanic Initiative is dedicated to training orphans, former sex workers, school dropouts, single mothers and victims of trafficking to become mechanics. According to her,  “Lady Mechanic focuses on the poor.”

Sandra and her trainees usually embark on campaign drives where they spread the gospel of the initiative, speaking to young women and encouraging them to become Lady Mechanics. 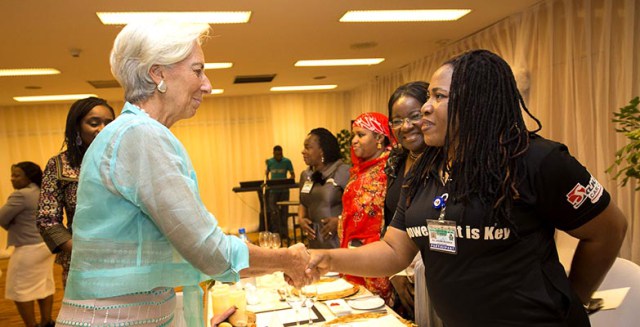 Several international organisations like BBC World News, The New York Times, The South Africa Broadcasting Cooperation, The CNN World News, the Voice of Africa, etc have shown quite a number of documentaries on her.